Why Network Penetration Testing Is Critical for Security 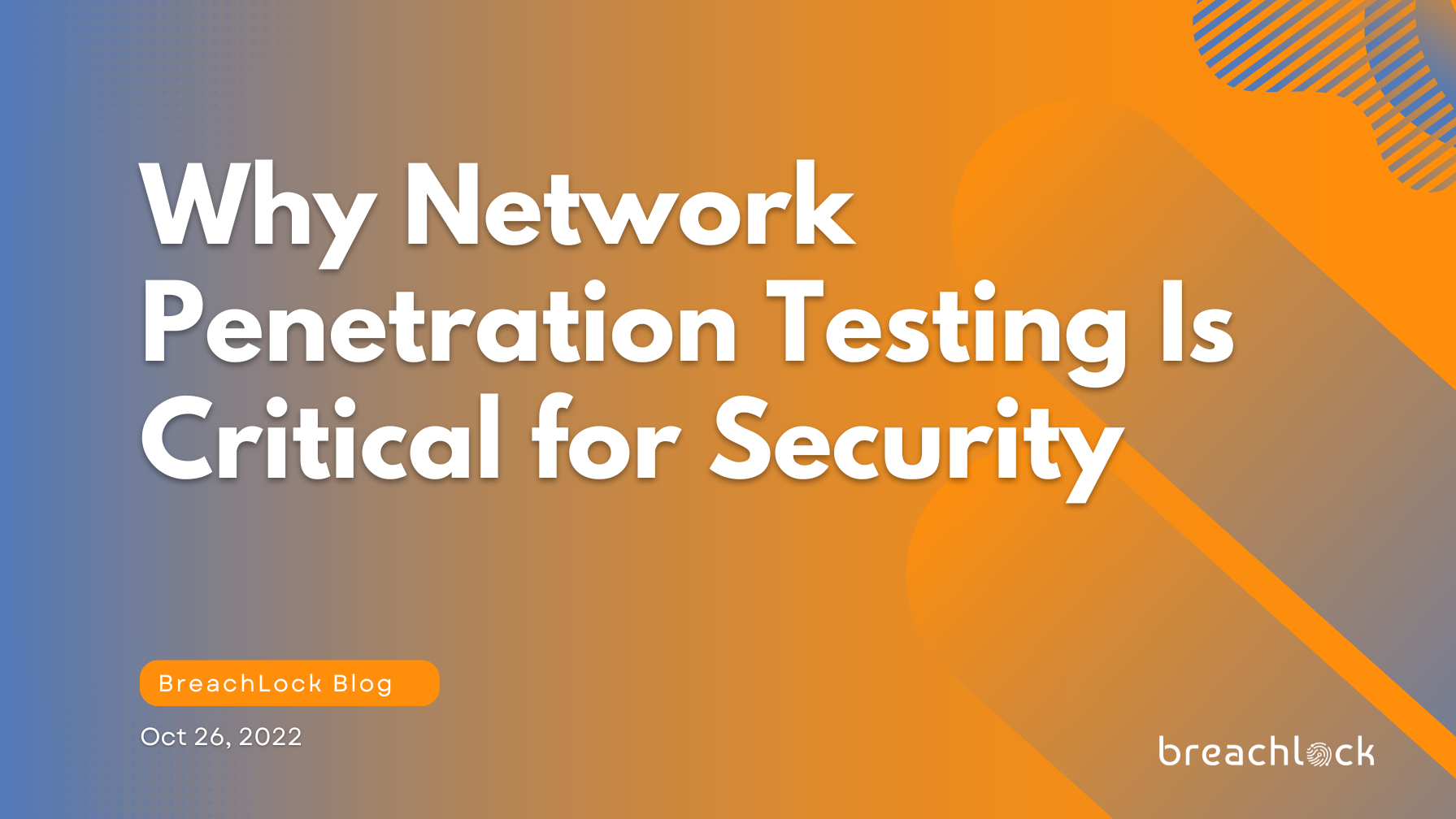 Although internal security teams are already familiar with their organization’s IT assets, they may not be replicating the techniques used by attackers. To overcome this, organizations can hire a trusted network penetration testing provider to manage controlled engagements focused on identifying network vulnerabilities and replicating adversary TTPs (tools, tactics, and procedures). Using initial findings to demonstrate how a threat actor could successfully breach the network, DevOps and security teams are able to gain the hacker’s perspective and take recommended remediation actions while adhering to compliance and third-party requirements.

What is network penetration testing?

With a network penetration test, offensive security techniques are used to scan the network to identify existing vulnerabilities and exploits them in a controlled environment to examine the potential impact on business operations. This type of pentesting, when run correctly with validated findings and compliance artifacts, can proactively reveal security gaps that could be exploited by threat actors so the SOC can remediate vulnerabilities before the worst happens.

Network pentests can be either external or internal. In external network penetration testing, the focus is on the network perimeter of your organization. Such security testing exercises aim to identify vulnerabilities in public-facing hosts. Upon successful exploitation, hackers can dig deeper into your internal network. Like any other penetration test, the testing team follows TTPs employed by the hackers to identify as many vulnerabilities as possible. An external pentest can include host and service discovery, password cracking techniques, network sniffing, traffic monitoring, buffer overflow attacks, remote code execution, denial of service attacks, privilege escalation, etc.

Internal pentests target the internal network environment that is not exposed to the public internet and lies behind public-facing devices. Such security testing exercises aim to exploit issues that hackers can exploit if they have gained access to your organization’s network. Moreover, internal penetration tests can also help address insider threats risk. An internal pentest can include scanning internal subnets, domain servers, file servers, malware deployment, privilege escalation, and identifying vulnerable devices, operating systems, and services.

Why is network pentesting important for your organization?

In the last few years, organizational networks have grown in complexity and size, combining WAN, LAN, and wireless networks with different endpoints such as servers, laptops, mobile devices, PCs, etc. The adoption of Internet of Things (IoT) devices has further increased the total number of devices connected to an organization’s network. This proliferation of technology and endpoints has increased the risks that security analysts and DevOps engineers must manage when working together on improving security outcomes.

It is no secret that protective controls, like firewalls and intrusion detection/prevention systems (IPS/IDS), cannot fully prevent a threat actor from establishing a foothold in the network. A vulnerability or weakness in any connected asset can allow a hacker to penetrate the network, move laterally to steal PPI, PHI, and IP secrets, escalate privileges, and/or launch a ransomware attack. Routine testing of your intranet- and internet-connected systems that include people, processes, and technologies is critical to maintaining a strong security posture against today’s persistent adversaries.

How does a network penetration test work?

By identifying and remediating attack vectors on a network, an organization can take proactive steps to lower the potential impact of a cyber-attack on business operations. There are four steps involved in most network pentesting engagements, including the following:

First, a network penetration test starts with a set of reconnaissance activities that scans for network-connected hosts. The pentesting team looks for vulnerabilities and weaknesses, just like a hacker would. These discoveries are helpful in pentesting, as they provide an external perspective on weaknesses in an organization’s security posture.

The next step is utilizing available information to deploy publicly available or customized scripts to analyse if existing weaknesses are exploitable. The penetration testing team identifies attack vectors for exploitation.

The pentesting team prepares an initial report with findings that includes digital forensics evidence and a list of suggested steps to remediate. This initial set of findings gives the client a report with actionable steps to address security issues and patch the discovered vulnerabilities before the final report is generated.

At the conclusion of the engagement, the pentesting team generates a final report documenting their processes and final analysis. This report is usually called a ‘penetration testing report,’ and it provides actionable information for the organization to patch vulnerabilities and defend its IT assets against cybersecurity threats.

With the right network pentest provider, you will only receive verified, attestable findings, eliminating false positives with human validation and evidence-backed artifacts. This type of network pentesting strategy can save DevOps precious time and energy for focusing on priority remediation tasks that measurably reduce security risks.

BreachLock provides the most comprehensive penetration testing service backed by artificial intelligence (AI) and certificated hackers with results delivered through a cloud-native SaaS (Software as a Service) platform. BreachLock is fast, scalable, accurate, and cost-effective due to our unique approach that leverages a combination of automated and manual vulnerability discovery methods aligned with the industry’s best practices.

Offering internal and external network assessments, BreachLock helps 700+ organization proactively find vulnerabilities in their networks. In addition to compliant penetration testing services, our external security scanner examines network perimeters and suggests remediation techniques based on identified vulnerabilities. Our cloud platform generates automated alerts during your engagement—providing the ultimate visibility in a single pane of glass with customer controls. To see how BreachLock’s network pentesting can work for you, schedule a discovery call with our security experts today.