What is Open -source Intelligence, and how is it used? 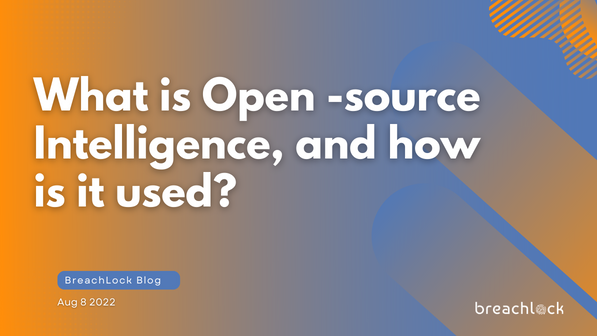 What is Open-source Intelligence?

“intelligence that is produced from publicly available information and is collected, exploited, and disseminated in a timely manner to an appropriate audience for the purpose of addressing a specific intelligence requirement.”

In its terminology database, NATO has expanded the scope of open-source intelligence by including “other unclassified information that has limited public distribution or access.”

While it is true that the internet has led to an explosion of publicly available information, limiting the understanding of OSINT to the internet can be a myopic view. Open-source information can be classified under six heads: media, internet, public government data, professional and academic publications, commercial data, and grey literature. 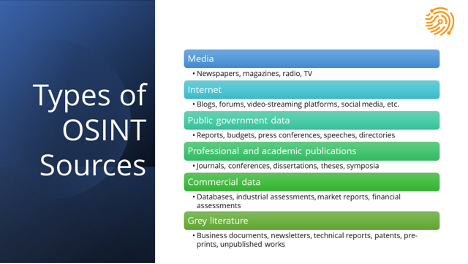 Role of OSINT in Cybersecurity

OSINT exposes a security team to a plethora of information. For an analyst, this can be a blessing and a curse. While security teams can access every piece of information they need, they encounter an endless flow of data every time. This situation can easily result in information overload. In day-to-day security operations, OSINT has two critical use cases:

Using OSINT in penetration testing and red teaming helps discover and expose external-facing assets, their exposed services and vulnerabilities. Thus, enabling security teams to remediate existing vulnerabilities before attackers exploit them. With the help of OSINT, commonly found vulnerabilities include:

This use of Open-Source Intelligence is also called the ‘Attackers view’ of your organization, as the same vulnerabilities would be visible to cyber attackers too. On the defense side of cybersecurity, organizations and businesses often use a solution known as ‘External Attack Surface Monitoring’ to monitor and reduce the attack surface on the surface.

OSINT can help security teams understand potential threats their organizations face from adversaries. The internet is an excellent source of information about current threats, emerging trends, and evolving attack vectors. Security teams can use publicly available information to protect their IT infrastructure against a zero-day vulnerability – or, they can implement defensive measures to prevent a new type of cyber-attack from damaging their systems. OSINT enables security teams to prioritize their time and resources for dealing with the most severe threats.

With the increasing acceptance of OSINT in security operations, tools like SIEM (Security Information and Event Management) and SOAR (Security, Orchestration, Automation, and Response) have seen a positive response. To efficiently use OSINT data, a security team must identify, correlate, and verify multiple data points before any action is taken. SIEM and SOAR tools automate intelligence gathering and analysis, which helps security teams address new threats in the minimum possible response time.

Can OSINT be a problem?

If open-source intelligence is freely available to you, the same will be the case for attackers. Attackers use OSINT to identify their potential targets and exploit vulnerabilities in their target assets. Once attackers identify a vulnerability, the exploitation process is not very difficult. We have seen many small and medium enterprises (SMEs) become a victim of cyber-attacks for this reason. An attacker may not have a specific interest in a target organization; however, discovering vulnerabilities in their IT assets does not require special efforts. In other words, SMEs are easily exploitable targets for attackers.

Attackers do not only use OSINT for gathering technical information about a target organization. They also employ social engineering techniques to collect information about individuals associated with an organization. This information can be further used in targeted campaigns for phishing, vishing, and smishing. Attackers can use information an individual shares on social media to prepare a customized campaign in line with the target’s interests. As a result, even well-meaning employees are tricked into sharing their credentials or giving access to their company’s IT assets.

The problems identified in the last section highlight why security professionals must consider OSINT in their security operations. OSINT allows you to find and fix vulnerabilities in your IT infrastructure and implement remediation measures before attackers exploit them. This is precisely what we do through BreachLock’s cloud-based penetration testing platform: help you find, fix, and prevent the next cyber breach.