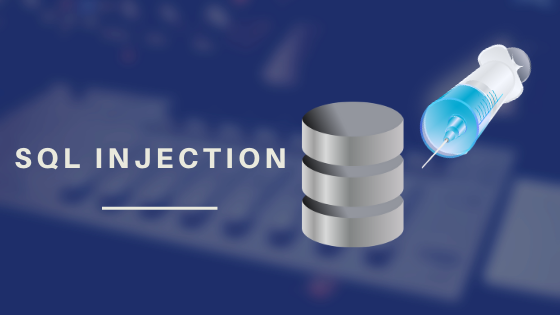 
What is SQL Injection (SQL)?

SQL Injection (SQL) is an injection attack on web applications that allows an attacker to execute malicious SQL statements. These statements are targeted on a database server behind a web application. SQL application vulnerabilities are used by attackers to bypass web application security measures implemented by an organization. If successfully exploited, an attacker bypasses authentication and authorization mechanisms and retrieves the content of the entire SQL database. Further, he can add, edit, or delete records in the database.
An SQL injection vulnerability may affect any web application that uses SQL databases such as SQL servers, MySQL, Oracle, etc. The results of a successful SQL injection attack may lead to unauthorized access to sensitive data such as customer details, payment information, personal data, trade secrets, intellectual property, etc. OWASP has also listed SQL injection at #1 in their OWASP Top 10 Web Application Vulnerabilities (2017).

How is an SQL injection attack performed?

To start with, an attacker identifies vulnerable user inputs on a web application. A vulnerable web application inputs user input directly into an SQL query. The attacker creates malicious input content, called payload, and it is a crucial part of the entire attack. Once the attacker enters his malicious input on a vulnerable web page, these malicious commands get executed in the SQL-based database.
Blind SQLi, in-band SQLi, and out-of-band SQLi are various types of SQL attacks. A basic SQL injection attack is explained below.
The script given below is pseudocode for authenticating with a username and password.

These input fields are vulnerable to SQL injection attacks. For example, an attacker can trick using a single quote statement such as

As a result, the database server runs this SQL query

Because of the OR 1=1 part in this query, the database returns the first id from the user’s table no matter what the username and password are. It is seen so often that the first id is the administrator. This allows the attacker to gain administrator privileges. An attacker can also comment on the rest of the statements to control the execution of malicious input:

How to prevent an SQL injection attack?

Input validation, input sanitization, and parameterized queries, including prepared statements, are the only ways to deal with SQL injection attacks. Input validation ensures that only certain types of input are accepted by the input fields on a web application. Further, input sanitization removes unwanted characters before processing any further. The application code must not use the input directly. Also, it is considered a good idea to turn off the visibility of database errors on the production of your web application as they may be used by the attackers to gain information about your database.