Every business has started focussing on its online presence, and a website or web application is one of the easiest ways to start off. Many businesses use web applications as their primary income source, i.e., e-commerce stores. However, web applications are becoming lucrative targets for attackers. Attacks on web applications may not be as much popular as ransomware attacks, but they are definitely capable of an equivalent level of disruption.
Over the last 10 years, the threat landscape has changed substantially – actors, motives, tools, exploits used, attack vectors, etc. Targeted attacks have taken center stage, and their complexity is increasing substantially. In such dynamics, the following attacks against web applications continue to be the most common attacks: 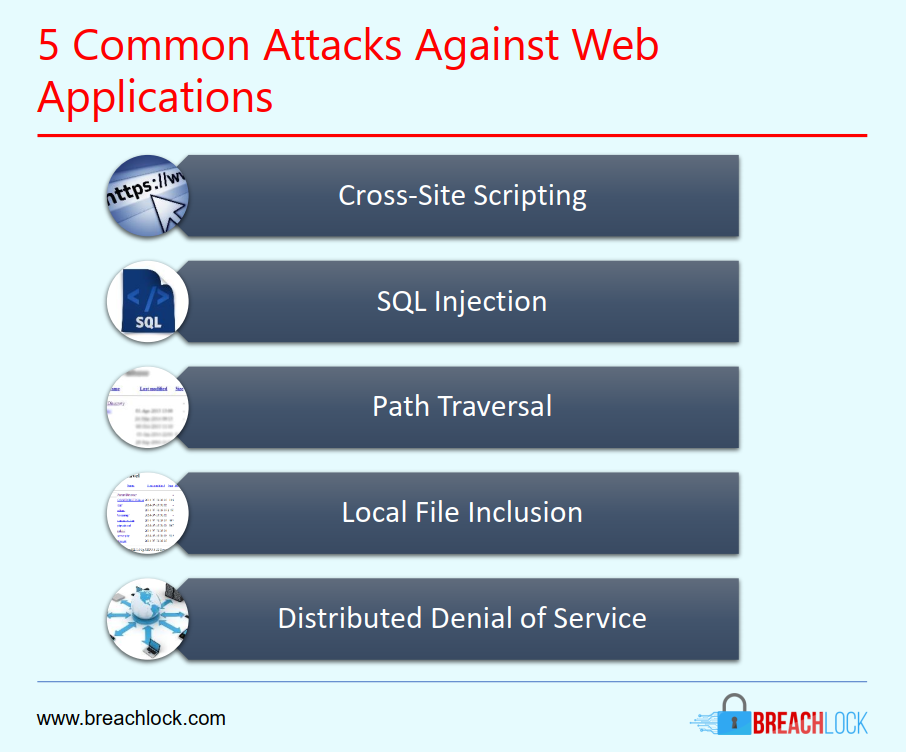 SQLi is the second most common attack against web applications. Accounting for around one-fourth of total attacks against web applications, successful SQLi injection attacks involve giving malicious inputs to an input field on a web application followed by the server–side submitting it to the database without input sanitization. A successful SQLi attack may allow an attacker to run commands just like a regular user of the database, dump the entire database, or add, edit, or delete the entries in a database. Security professionals often used tools like sqlmap to check for such vulnerabilities.
You can read more about SQLi here

DDoS attacks involve flooding a target web application with a large number of requests, originating from compromised computers in a botnet so that the webserver is overloaded and rendered unavailable to legitimate visitors. Though DDoS attacks themselves do not provide access to any resources, we have seen in the last couple of years that the attackers prefer to use DDoS attacks alongside other attacks to distract automated defense systems.